THE GULF. The propaganda, the distortion, the lies. READ THE PAPERS

This altered billboard was pasted-over with a new version of the original within 24 hours. No other intervention generated such

a dramatic response. Saatchi & Someone responded in turn with 'THE COVER UP' . This intervention didn't last long either (see below) but

the billboard company didn't bother to cover it over again. 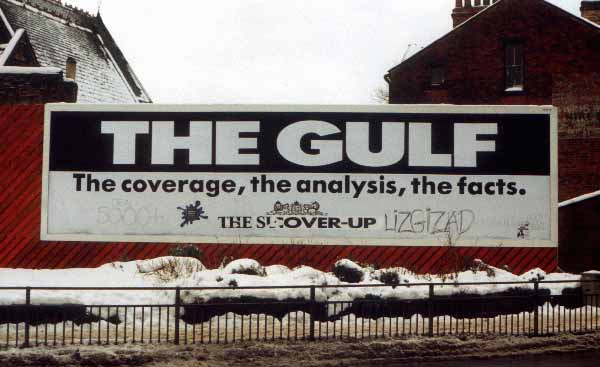